As my final post on anger & fury, I chose the 5th movement from The Firebird Suite, entitled “The Infernal Dance of King Kastchei” by Igor Stravinsky. As you can see above, fury and rage have similar definitions. The idea of uncontrollable anger fits these clips. In the ballet, The Firebird, the main character, Prince Ivan, confronts King Kastchei and is attacked by the king’s magical creatures. The Firebird, who promised to help Ivan, puts the magical creatures under his spell and makes them do an “infernal dance.” It is a very intense scene. 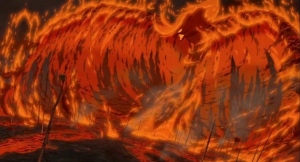 The writers at Disney took the story a different direction. In Fantasia 2000, The Firebird is a creature that was awakened deep inside a volcano by a delicate fairy. The volcano erupts, spewing fire and ash as the Firebird pursues the fairy until catching it, swallowing it in fire and lava. The bird in this story has a rather demonic character and seems to be filled with pure rage. This was not the sort of anger that could be reasoned with. Here is the opening of the movement:

There are a number of musical reasons why this clip from The Firebird Suite sounds so furious. It opens with a loud, orchestral bang that can be startling. After that, there is a melody in the horns and tuba that is played off the beat instead of on the beat, like most melodies. This creates a jarring effect. The horns are playing in their low range, similar to the way they did in my earlier clip from Shostakovich 5, where they sounded downright mean. The melody is full of half-step intervals which create dissonance. There is no chord progression here – it is just a minor key pedal, as though you had hit a low note on the piano while pushing the pedal. It is sustained throughout the melody; suspended. Ever feel like time stands still when you’re angry? That is what is happening here harmonically. After the second orchestral bang, the horns jump up two octaves to their upper range. This is a composer’s trick to add intensity to any melody by taking it up an octave. But Stravinsky is an over-achiever by going up two octaves.

The end of this work becomes even more out of control as the notes get faster and faster, the trumpets play fast, double-tongued notes, the trombones glissando (slide in between notes), and the biggest orchestral bang slams the door on us.

I hope you enjoyed listening to this aggressive Classical music. There are many great compilations that have titles like “Classical Thunder” that portray these emotions to an even greater extent. Here are some other pieces that display fury and anger, to name only a few:

As you may already know, anger is not only an emotion but it is part of the grieving process. According to Elizabeth Kubler-Ross, there are five stages of grief:

I believe much of the grief Dimitri Shostakovich experienced during the oppression of Joseph Stalin is expressed in anger. Much of his art was suppressed and many of his countrymen were imprisoned and murdered. What Shostakovich did not have the freedom to express with words, he wrote into his music.

Bitter anger is the only emotion I can take away when listening to today’s clip from Symphony No. 5, Mvt 1. The piano, horns and trumpets are playing in their lowest range. It is not common to hear a piano solo that is this low because it would not project over the orchestra in a normal context. But Shostakovich removes the rest of the orchestra so the piano accompaniment is crystal clear. When the horns enter, they sound like trombones at first. Most people don’t realize that the horn has the widest range of any brass instrument. They can play as low or lower than a tuba and higher than most trumpets, with little effort. Of course, in this register the horn sounds raspy and mean. Perfect for this emotional context. The same is true for the trumpets in this clip. Even through it is members of the New York Philharmonic playing, their tone here is intentionally ugly.

Michael Tilson Thomas has a great commentary of this melody on Keeping Score. He says that the fourth note of the melody (listen again if you need to) is irregular. It doesn’t fit the key, which means we can label it a dissonant note. Because it is one half-step lower than we expect it to be, it pushes our buttons as listeners. Also, if you were to look at the notes of this melody on the page, they form the shape of a valley. The notes go down in the first half of the melody, and just when it doesn’t seem they can go any lower, Shostakovich takes them one step lower than that before coming back up. The lowest note in the melody is also the lowest note a trumpet can play, an F-sharp. Interesting the that the grief chart is also in the shape of a valley.

Symphony No. 5 is Shostakovich’s most famous piece. It is filled with interesting moments like these. Be sure to listen to the whole symphony if you get a chance.

The music of Dimitri Shostakovich (1906-1975) is extremely emotional given the context in which it was composed. Shostakovich lived in Russia under the tyrannical reign of Joseph Stalin until Stalin’s death in 1953. He was constantly under threat of imprisonment or death if his music didn’t align with the Communist propaganda. In fact, after World War II ended, many of the Russian bourgeoisie were rounded up and imprisoned and eventually executed. Many Russian composers faced this and many works were censured. Shostakovich’s Symphony No. 9, which commemorated the victory, was deemed inappropriate and didn’t support state values, so it was censured by Stalin.

Shostakovich didn’t write another symphony for 7 years. Finally, after Stalin’s death in 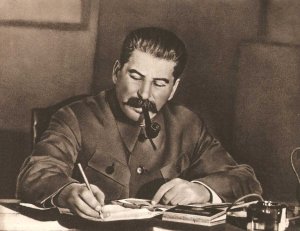 1953, he premiered his 10th symphony. It is widely believed that the second movement of this piece was a portrait of Stalin. After all, the man was responsible for more than 20 million deaths of his own people by starvation, execution, imprisonment, and exile.

This movement has a biting, sinister character. The clip above is the opening of Symphony No. 10, Mvt 2. The oboe melody that is transferred to viola is in a minor key at a fast tempo, invoking aggression. This next clip has the same melody in augmentation, meaning the melody is played much slower. Because it is played by the trombones and tuba, it sounds even more oppressive. In this clip, I imagine the low brass representing state police rounding up peasants, bourgeoisie, or religious leaders (represented by the high strings and woodwinds) and shooting them on site or loading them into trains to be exiled to Siberia. Shostakovich’s music accurately captures the emotions of the Russian people who lived under the terror of Stalin.

Thanks for reading my posts on this week’s emotion: fear & anxiety. Next week: serene contentment.

I am getting closer to writing my first post about one of my favorite works of orchestral music: Barber’s Symphony No. 1. 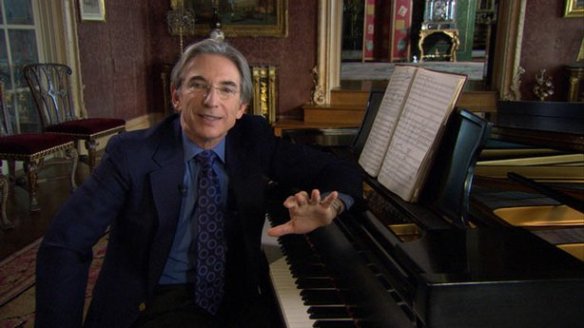 Before I do, I have a quick influence I’d like to mention: the PBS miniseries Keeping Score. Again featuring Michael Tilson Thomas, Keeping Score is a show on PBS with 55-minute episodes that are spent analyzing works of classical music. There are 8 episodes so far that span 3 seasons, and the first six episodes are available from iTunes. You can buy all six for $8.99 or each episode for $1.99. Here is a list of the works discussed: 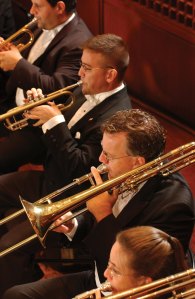 In these episodes, MTT shows the viewer the historical significance of each work and they it was so revolutionary. He actually visits many of the settings in which the work was written, performed, and places it influenced. The scenes often cut back to the San Francisco Symphony performing each piece to illustrate the point MTT made. I enjoy the fact that in many of the episodes we get the performer’s take on the music. For example, orchestra members speak to what it meant to live in soviet Russia during the time Shostakovich composed Symphony No. 5 or what it was like to perform Stravinsky’s Rite of Spring.

If you only watch one episode, for $1.99 I recommend the Rite of Spring episode. This is another work similar to Britten’s Young Person’s Guide to the Orchestra that displays the full range of what a symphony orchestra is capable of. If you have heard this piece before and thought it strange and inaccessible, watch this episode and you will be sure to change your mind. 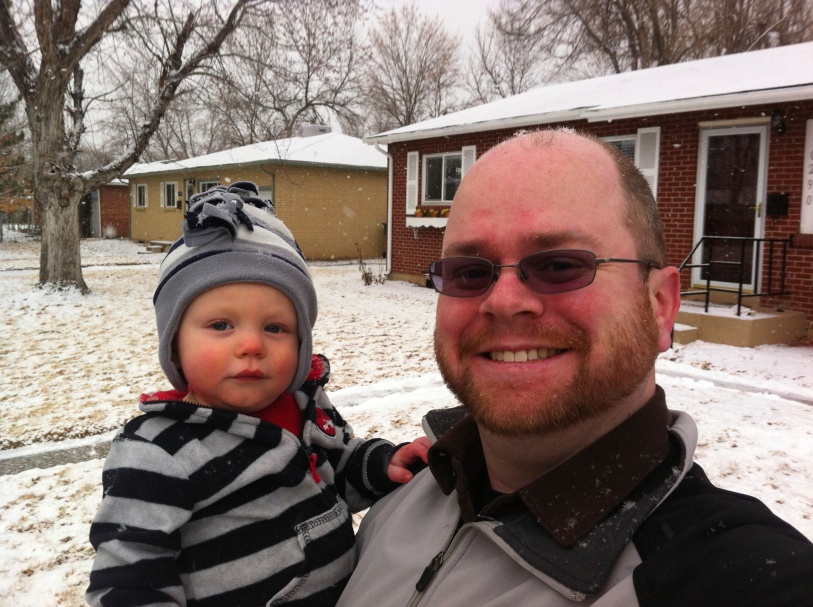